What Are The 10 Major Rules Of Driving? 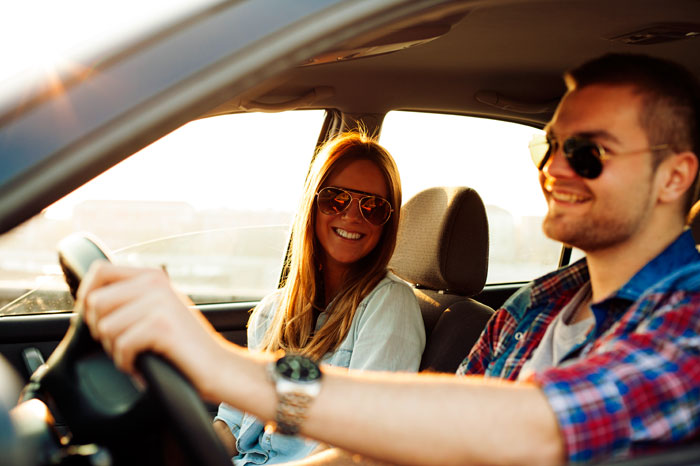 Owning your own car and going out for a drive whenever you feel like it is probably one of the best things ever. If you’re a gearhead, chances are you eat, sleep and live in your four-wheeler. On the other hand, on the off-chance that you aren’t really a fan of cars and you’re only using them because you have no other choice, you too should be aware of the fact that driving, while very fun and satisfying, can also be dangerous to you and others. If you’re based in California, the law is very strict when it comes to the things you can and cannot do behind the wheel, but there are several precautions you can take on your own to make sure that you’re a safe driver. So, what are the 10 major rules of driving, you ask? Keep reading and find out.

#10: Make sure your vehicle is safe – there’s really no point in going out for a relaxing drive if your breaks aren’t in order or your car isn’t mechanically sound. Hurting someone else is as terrible as hurting yourself, so pay attention to the overall condition of your vehicle.

#9: Never drive when you’re drowsy – this is particularly important because millions of people have made this mistake around the world and those people aren’t here to tell you about it. That’s the kind of mistake that only happens once, not to mention the danger it represents to others. Better pull over and get 20 minutes of shut-eye, than risk taking someone’s life.

#8: Never follow the car ahead of you too closely – while you might have seen this done in NASCAR and other professional races, it’s never a good idea to do it in traffic. If the car ahead of you suddenly brakes, and you’re right behind it, you’re bound to get “up in his trunk” and maybe hurt the passengers in both yours and the car you’ve just rammed. The unofficial rule for following a car in traffic says that the hood of your car should be touching the wheel tips of the car ahead of you (when you look across the hood from the cockpit).

#7: Never speed – acting like Mario Andretti or Michael Schumacher can be safely done on a closed circuit track, but you need to leave your racing ambitions behind once on public roads. California does have tons of great roads that could serve as racetracks, but they’re not and with good reason. Again, there are many dangers in traffic and you don’t need to endanger others by driving too fast. In other words – leave home early if you suspect you’ll be late.

#6: Keep watch of other motorists – just because you’re following the major rules of driving doesn’t necessarily mean that the other guy is, too. No matter how safe you try to be in traffic, there’s typically always some idiot who thinks he was born to be wild, as Steppenwolf so truthfully said it. If you see them driving dangerously or behaving inappropriately on the road, you have 2 options: either avoid them, or alert the police.

#5: Don’t get behind the wheel unless you’re 100% sober – alcohol is a tricky thing and it often creates a false sense of security and courage where there is none. Thinking you can drive even if you’ve only had a couple of drinks is wrong – call a cab or have a designated driver.

#4: Be weary of distractions – sitting behind the wheel of a car is great, but don’t let other things distract you from what you should be doing. California is a great place to live and you can easily get distracted no matter where you go, but cell phones are a particularly hazardous thing when behind the wheel of a car. Getting a Bluetooth headset is better than a cell phone because it gives you the power to drive with two hands and not being distracted by holding one hand with the wheel and the other hand holding it close to your ear.

#3: Bad weather is something to watch out for – according to Nima Nejad of The Motor Buzz, no matter how confident you are about your vehicle’s safety and sturdiness, even the slightest amount of rain can easily make the asphalt road seem like smooth ice. When you add blizzards, storms and hurricanes to the equation, it becomes clear that you should never underestimate the weather, particularly in California.

#2: Always wear your seatbelt – they were installed in your car for a reason and that reason is not aesthetics. Seatbelts can literally save lives and they’ve been doing that for decades. As technology progresses, they too are becoming more and more sophisticated, which only means better protection for you and the passengers in your car.

#1: If you can, take a defensive driving course – not only will you save money by doing this (a great number of insurance companies offers many discounts to drivers who complete such a course), but you will also learn how to stay safe in a great variety of situations that may occur on the road. Staying calm when faced with risky situations, yielding to aggravated and frustrated drivers and learning to spot troublesome occurrences on the road are all very useful skills.

The Motor Buzz posts car videos, articles, and much more. We are committed to making sure your experience, as a viewer, is an enjoyable one. Go ahead and read the informative and helpful posts. There are so many things to explore about cars on this website made by us, The Motor Buzz.