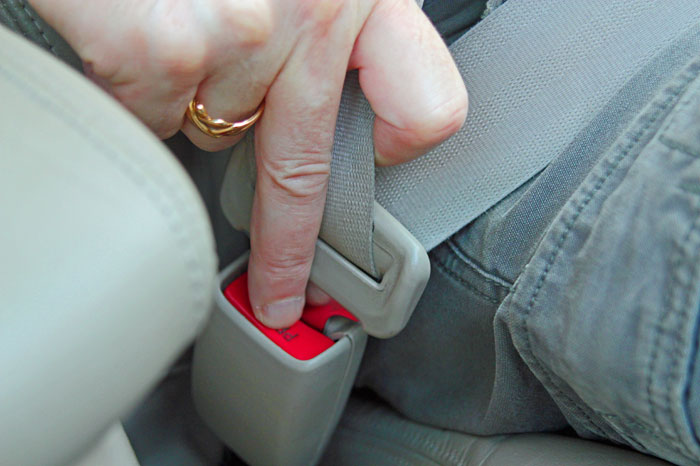 “With Great Power Comes Great Responsibility”
Driving safe is something that many people take for granted. If you own a car, regardless of the make or model, you should know that you hold a great responsibility in your hands, which is true to the letter, seeing how you steer your car by using the steering wheel. Every single driver on the planet takes a huge risk every time they get into their car and pose a real danger not just to the pedestrians and other motorists, but to the passengers riding with them in the car. That’s why it’s up to every person who is in touch with automobiles to make sure they’re doing everything they can to represent a safe participant in traffic. On that note, if you’ve ever asked yourself the question “how can I drive more safely?”, you’re on the right track.

An Ever-Present Threat
Let’s take California as an example; hundreds of people die every year in this state as a result of drivers who lose control of their vehicles for various reasons. Both crowded cities and desolate desert roads alike are haunted by the same amount of danger from crashing and spinning off the road. That’s why safe driving is essential in both California, as well as rest of the country, not to mention the world.

Who Would Have Thought, Huh?
As you’ve probably assumed, the question “how can I drive more safely?” doesn’t have a unique answer. It actually takes a combination of factors to really help someone improve their driving. Did you know that safe driving actually starts before you even start the engine of your car? That’s right, safe driving commences on the parking lot/drive in/garage. What that means is that you need to check your car on a regular basis while it’s standing still, in order to spot any obvious problems prior to hitting the road. Things like flat tires, fluid leaks, broken exhaust systems etc. can all be problems that occur while a car is not running. That’s why it’s important to do these checks before you get in the vehicle.

“Hi Mom, I’m Doing Just F..” *Suddenly Hits A Lamp Post*
Once on the road, try to apply common sense while driving – don’t drive if you’ve previously been drinking, don’t drive if you’re drowsy or are not feeling well, do not exceed the speed limit, wear your seatbelt, watch out for other motorists and just be concentrated on driving, while at the same time not letting anything distract you. It appears that talking on your cell phone while driving is especially popular in California and that’s one trend you shouldn’t (mustn’t) follow. A cell phone, smartphone or whatever you own is just a distraction; get yourself one of those Bluetooth headsets and you’ll be focused on the road in no time.

They’re Not There So You Could Do Your Make-Up!
One thing that people most often forget about doing while driving is looking in their rearview mirrors. Those things are there for a reason and unless you want to make a thoughtless decision of making a turn while the car behind you is trying to overtake you, you better check each and every one of them on a regular basis. Nima Nejad of The Motor Buzz advises people that one of the most common ways to get yourself into an accident is to forget your car has rearview mirrors. It makes a lot of sense, so try to pay attention to them whenever you can. It is recommended to check your rearview mirrors every 15 seconds when you’re in dense traffic and less often if you’re on the open road.

Keep Calm And Enjoy The Ride
At the end of the day, it is said that the calmest drivers are the safest ones. Having the right attitude when you’re behind the wheel is crucial and represents one of the best advantages of a driver over his aggravated fellow motorists. Calming down the situation and refraining from arguments that can escalate is the best possible choice. Drivers who are calm behind the wheel are the drivers who are focused on driving, rather than on everything else but driving. Good concentration and the right attitude will always get you where you’re going (quite literally).